AZURE: A Journal of Literary Thought

"Anyone possessing [a sense of possibility] does not say, for instance: Here this or that has happened, will happen, must happen. He uses his imagination and says: Here such and such might, should or ought to happen. And if he is told that something is the way it is, then he thinks: Well, it could probably just as easily be some other way. So the sense of possibility might be defined outright as the capacity to think how everything could 'just as easily' be, and to attach no more importance to what is than to what is not. It will be seen that the consequences of such a creative disposition may be remarkable, and unfortunately they not infrequently make the things that other people admire appear wrong and the things that other people prohibit permissible, or even make both appear a matter of indifference. Such possibilitarians live, it is said, within a finer web, a web of haze, imaginings, fantasy and the subjunctive mood. If children show this tendency it is vigorously driven out of them, and in their presence such people are referred to as crackbrains, dreamers, weaklings, know-alls, and carpers and cavillers."

- Robert Musil, "The Man Without Qualities"

To imbibe AZURE in a tangible format, consider the following...
​
...Or, enjoy our free online quarterly version below.
​ 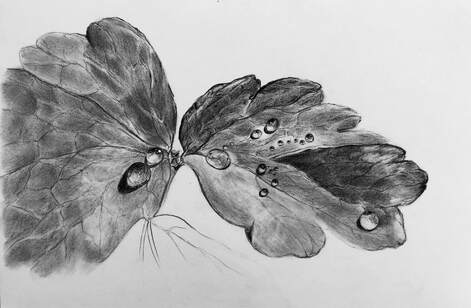 A FABLE, A DECLAMATION, and A PARABLE: The Machine, Stolen Fire, & Performance by Vivek V. Narayan
POETRY: First Fruits (and other poems) by Stephen Massimilla
ALLITERATIVE PROSE POEMS: Once Upon a Tomorrow-Time (and other works) by Christopher Pieterszoon Routheut
POETRY: Yield Light of Way by yours truly, the happy recluse, a.k.a Ken Goodman
​POETRY: Seven Tales by Sara Streett 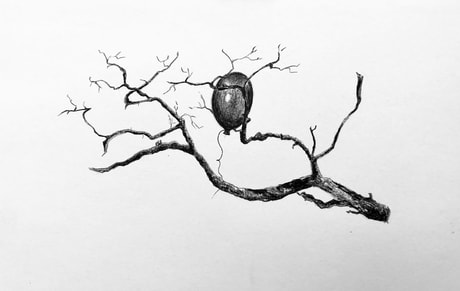 SHORT FICTION: The Punch-Card Ciphers by DF Short
​POETRY: She Was the First to Give a Toast, and the Last to Say Goodnight by Kelli Russell Agodon
​POETRY: Hablu L-Waridi (The Jugular Vein) by Jesse Hilson
​SHORT FICTION: Sofa, So Good, Sort of (or John Muafangejo) by Remi Ngamije
POETRY: The Key to Dreams by Sean S. Bentley 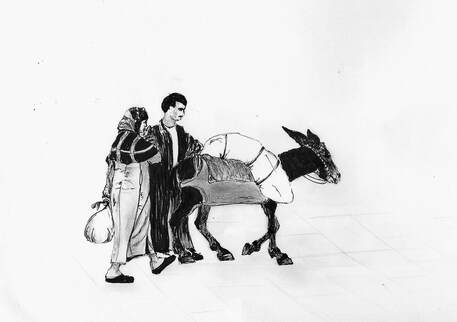 MULTI-FORM PROSE: I Think Outside the Box (and other pieces) by Heikki Huotari
SHORT FICTION: Stamping the Dead by Habib Mohana
PROSE POETRY: Legs & A Footnote on the Baleful Effects of Happiness  A. Joachim Glage
SHORT FICTION: Lužánky by V.B. Borjen

Our mission: We love work that is linguistically, intellectually, and emotionally demanding of the reader.  We want literary fiction that grows in complexity upon each visitation.  All writers tend to develop a scrap heap of brilliant writing - sharp dialogue that has been cut in service of a plot, a philosophical tirade that can't quite be couched in a narrative, a stunning imagistic landscape of linguistic pyrotechnics that seeks an audience... Literary beauty exists in more than the conventional narrative, we believe, and the most cerebral moments cannot necessarily be expressed in more than bursts and fragments. We seek to provide a space for those portions of works that have been cut away through no fault of their own as well as for those who have achieved a more traditional fruition.

Every piece published in AZURE appears alongside a customized black & white sketch that is devised and executed by our in-house illustrator, Evgenia Barsheva.

SUBMIT TO AZURE
Customized illustrations for all published pieces are provided by Evgenia Barsheva.