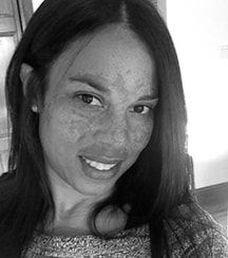 Diana McClure is a writer, photographer and cultural producer based in Brooklyn. A firm believer in the power of the word, and the energetic and aesthetic properties of language, Diana has been writing about art and culture for over a decade. With a painterly writing style, her work imagines new frameworks and suggests new logics for contemporary ideas.  ​

She has written for the NYTimes.com, The Brooklyn Rail, Art in America, Art Basel magazine, Photograph magazine, Art Asia Pacific, the International Review of African American Art, AFROPUNK, the School of Visual Arts: Visual Arts Journal, and the Emilio Sanchez Foundation among others. In 2016 she joined New York University's Tisch School of the Arts as an Adjunct Instructor. Additionally, Diana’s art photography and curatorial projects have appeared in publications, online and in a variety of spaces across the United States.

Diana received a Master of Arts from The New School for Social Research where she was a recipient of the Diamond Fellowship, and a Bachelor of  Arts from Columbia University. She was also a finalist for a Creative Capital/Warhol Foundation Arts Writers Grant, received an Andrew Mellon Foundation Summer Research Fellowship at the University of California, Los Angeles, and was awarded a grant from the Abhaya Yoga Foundation for advanced training and certification.

Diana is indebted to public libraries and an avid reader of books she holds in her hands, especially international literary fiction and literary crime writing.  ​ 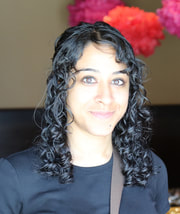 Sakina B. Fakhri is a novelist and screenwriter based in Brooklyn. She received her B.A. in literature from Northwestern University and completed her M.A. at New York University; subsequently, she was part-founder and teacher at a high school in Cairo, Egypt and now owns and runs Scintilla Tutors, a boutique test prep company in NYC.

Committed to writing in all of its forms (except the factual!), she believes that, given enough time and enough creativity, nothing should ever have to be said in quite the same way twice. Her literary aesthetic tends towards theme-driven ornate prose, lyrical fiction, controlled absurdism, and political satire. Her first novel, The Speech of Flowers and Voiceless Things, probes the idea of a web of globalized mistranslations against a backdrop of a personable philanthropic enterprise and a caricaturesque dictator. Her first short film, "The Word Trader," debuted in 2013 at the Cannes Film Festival Court Metrage; her second short film, “Corner Piece,” was the winner of the 2015 Los Angeles Movie Award for Best Screenplay.

Her fiction has been published in Gemini Magazine and Hive. She continues to develop television and feature film concepts as she writes her second novel, which intertwines motifs of micro-trading, blindness, particle physics, and ballet. 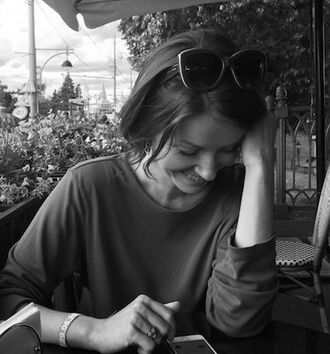 Anders Jones is an artist, designer and photographer based in Brooklyn. He received a BA in Textile Surface Design from the Fashion Institute of Technology and an MFA in Photography and Video Related Media from the School of Visual Arts.